Appreciation for gifts given 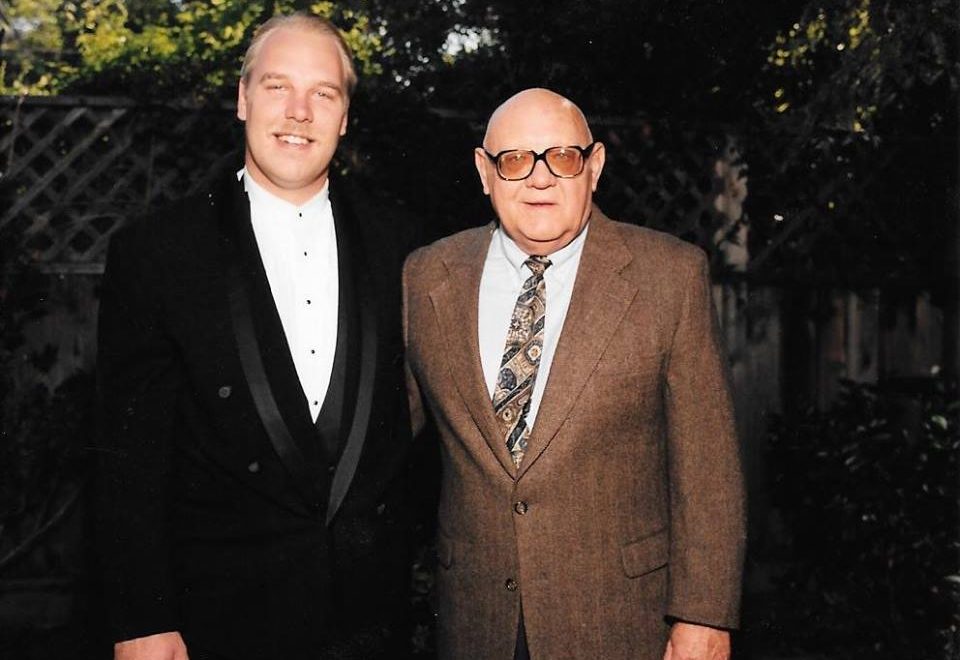 My father and I didn’t always get along, in fact we had a pretty volatile relationship at times. To be fair, I was a handful. I did poorly in school for reasons that didn’t become clear until later in life, and this was troubling for my father because he knew I was smart and he wanted to to succeed. As a man who was born into the depression, he learned a lot of hard lessons early in life. My grandfather whom I never met was a military man and as a result my father had to move around a lot, sometimes as often as every six months. He had to endure constant bullying as he was always the new kid in school, and that also had an impact on who he grew up to be. In 1952 he graduated from Oklahoma University with a dual degree in chemical and aeronautical engineering. Shortly after, my brother Geoff was born 1955 and he went on to work for Mcdonnell Douglass in the aerospace industry. In 1958 he moved to Los Gatos which at the time was what he called “a sleepy little town in the foothills”, and he took a job at Lockheed Missles and Space Corporation where he stayed for nearly 30 years. 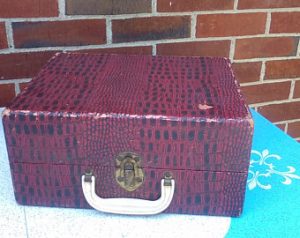 As a child I was know for taking things apart, utilizing the many tools in the garage. I might have still been wearing diapers the first time I used a soldering iron. I remember one time when the power cord to my red faux alligator skinned phonograph broke, and I soldered the cord back on to the wrong terminal. I know it was winter time because the furnace was running in the garage while my parents were watching football in the living room. I plugged the cord into the wall and turned the power knob on and nothing happened, except the furnace turned off unexpectedly. I quickly turned the knob off knowing some how I was at fault, and walked in the living room where my parents eyes were locked on the television screen. I asked if the power had gone out to which they replied yes, then suddenly both turned around quickly with stern eyes and abruptly asked Why!? as if they knew somehow I had something to do with this. 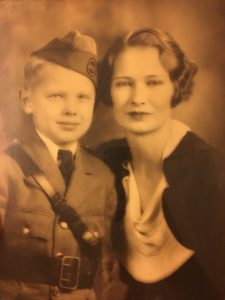 I started to get in more serious trouble in Junior High School with the additional contention of being pulled back and forth from my parent’s houses at different ends of Silicon Valley. I too bounced around several schools like my father, with similar problems. Coincidentally my father did a bout in military school, a term that was used as a threat in hopes I would change my behavior. Like my father, I had developed a stubborn streak which likely resulted in my making things much worse for me for the sake of retaining some control over my life. My father seemingly did everything he could to correct the situation, even putting me in a private boarding school as a change of environment. I was subsequently kicked out for my behavior, which included hacking into the PA system from my room in the dormitory and blasting heavy metal music in all the rooms at 2am one morning. I got caught simply because the dean knew I was the only one with the aptitude to have pulled this off. 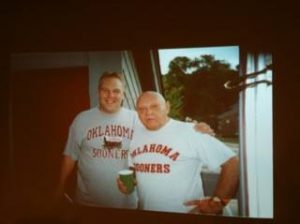 I’ve got to point out here, that I spent a lot of time in my younger years with my father and his friends during football parties, hearing all of the pranks and stunts they got away with, and I think that had a pretty significant impact on me. These guys were at the top of their game as engineers at Lockheed, and I somewhat liken them to the characters in The Right Stuff. At the time my father had taken over Lockheed’s Aquila Program, one of the first ever drones then called Remotely Piloted Vehicle or RPV. Outside of the space programs, this was about as cutting edge as you could get. These guys were coding their own auto pilot systems, and creating solutions for which there was no off the shelf tech available. I remember a story in which my father had his station wagon at over 100 MPH in the desert with his coworker sitting on the open tailgate so that they could test a part of the aircraft. I think this is where I began to learn how to make things happen despite obstacles of any size.

Into my High School years during the peak of the 1980s metal scene I became disenfranchised with authority and the institutions who were trying to force us into some sort of mold. I felt this pressure from all around me including my father who was retired at this point. I had gotten kicked out of Los Gatos High School and sent to Mark Twain Continuation School where pretty much the entire student base were the misfits. Although I didn’t get along well with many of my peers, we were all feeling the same way about authority. As my father was well educated and had high standards for the education he wanted for me, he approached the school and requested that he be able to home school me on math. He felt the limited courses offered at the continuation school were not good enough, and he taught me Algebra and Geometry. While at Mark Twain the one thing I excelled at was Auto Shop, much to my father’s chagrin. Having forged a path into a white collar job, my pursuit of a “lower class” blue collar career was disappointing.

About the time I turned 18 my father and I concluded it was time for me to leave. We weren’t getting along and I harbored a lot of anger towards him for a variety of reasons which I believe were justified. Over the years I advanced in my career, my father even helped me get study materials so I could pass the ASE Certification tests which enabled me to double my salary at the local Goodyear shop. While he disapproved of my career direction continually telling me “you need to get out of the grease pit son”, it seemed he was developing some respect for me taking control of my life and growing out of my bad behaviors. After ten years as a mechanic and with the dot com era beginning, I was able to take a couple of college classes and get my foot in the door in tech. My father was ecstatic as if there was still some hope for me. It was about this time that are animosity for each other subsided. Having some life experience under my belt and some adult wisdom, I concluded that my father did the best he could to raise me. Although he certainly made some mistakes, kids don’t come with owner’s manuals and he only wanted the best for me through my entire upbringing. Sadly my brother never saw past his own perspective of my father, and they became estranged never to speak again.

After 10 years in my second career, I decided to move out on to my own and make my own money. I was concerned about becoming unemployable in my later years, and the post dot com era was not friendly to those who didn’t have a degree. I had the opportunity to go to college and my father would have paid my way. I knew with all the trouble I had with school and authority, that it was almost a foregone conclusion that I would not put in the effort and drop out. With my father in retirement, I just didn’t want to burn the old man’s money and further disappoint him. When I told my father that I had quit my job and started my own company, he looked at me with fear in his eyes. I’m sure he wished I would have consulted him first, and in fact he had given entrepreneurialism a shot during a one year leave of absence from Lockheed. Ironically he created a time-share computer company which served the automotive industry, all similar touch points in my careers. 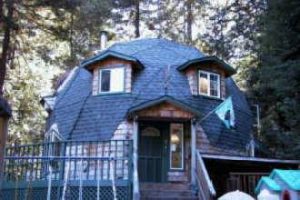 About three years into starting my business, I moved out of my home office and in to a private office at NextSpace Coworking and Innovation. My father, step mother, and a close family friend came down to tour the space and to go out to lunch at The Crow’s Nest. This was one of a few times in my life in which my father was genuinely proud of me, as if he hadn’t failed after all and that I was going to be OK. I had seen this look another time when I was able to purchase my home in Boulder Creek during the dot com, I saw him through the window standing on the deck overlooking the redwoods in the neighborhood with a sense of satisfaction and a smile on his face. Although running a business is the most difficult project I’ve ever worked on in my life,  eventually I think my father knew that I was going to succeed in the game of life even if I moved on to something else. During the last decade or so of his life, he would always tell me how proud he was of me during every visit.

So this father’s day I wanted to put to pixels the dialog that has been on my mind over the years. I have become my father in many ways that I previously resented when I was young, and I’m a better man for it. These values have become my core and are reflected in my company and what I attempt to instill upon those I have the privilege to mentor. Having to reconcile the many years of conflict taught me to be more compassionate, understanding, and to focus on the cause instead of the effect. So thanks Dad for all your effort, I know it was a rough road, but you succeeded on your biggest project. Happy Father’s Day.