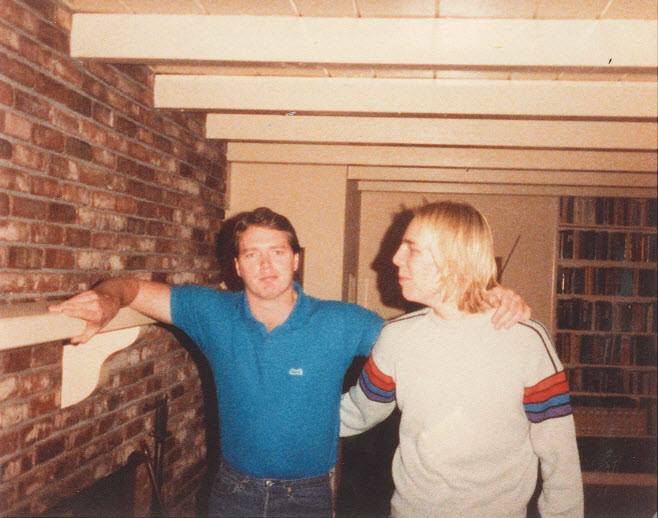 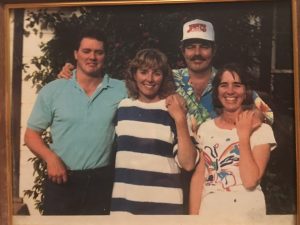 My was the oldest of four children each five years apart. The youngest was my uncle John, or Johnny as I addressed him when I was in my single digits. John was about six months apart from my brother Geoff, both ~13 years older than me. Due to my grandfather’s job, the family moved all around the US and for a time in Spain until finally settling down in Los Altos in the early 1950s. My mom would take me up to grandma’s house pretty frequently, and I spent a lot of time with John. We had a tumultuous relationship, going out of our way to torture each other, probably as far back as me being in diapers.

My grandfather was a tinkerer who worked on all the family cars, as well as repair electronics such as televisions. We were rarely able to use the pool table in the family room because there was frequently a television disassembles on it with an Oscilloscope nearby. When my father decided to by a new Zenith television (probably from Clyde McCool’s in Los Gatos), he offered my grandfather the old Packard Bell which had one of the first remote controls. The channel changing mechanism was mechanical and very flaky if over used. If my uncle John was watching TV, I’d run by and change the channel. This would continue until the solenoid overheated and quit working which of course would enrage my grandfather. It also upped the ante because my uncle would have to get up to change the channel back, until he was finally so pissed off he’d try to catch me and torture me. During one of these episodes (I was a little older at this point), he tried me up in the peach tree in the back yard with a jump rope and took a picture of me. (I’ll post the picture when I find it). 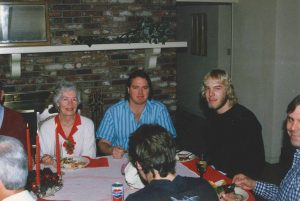 My grandparents were avid suburban farmers and they had converted the entire back yard into a fruit and vegetable garden. There were Peach, Plum, Apricot, Apple, and Fig trees, Grapes and Strawberries in the narrow side yards, and a tilled field with Zuccini, Carrots, Beets, String Beans, Lettuce, Tomatoes, and probably another dozen things I’ve forgotten about even though I can see the yard vividly in my mind. This picture was taken on the lawn in between the two Peach trees in the back yard, I was probably about one year old. So much food was grown that my grandmother had to resort to freezing and drying food for later consumption. My grandfather was somewhat frugal and coupled with being electrically and mechanically inclined, refused to buy a dehydrator and instead built one out of a wall heater, press board, and window screen. It was actually far superior to anything you could buy, and being big fans of Pringles potato chips they re-purposed the cans to hold all of the dehydrated food neatly in the kitchen cabinet. After each trip to Grandma’s house I was sent home with a snack bag of fruit, nuts, and homemade fruit roll-ups.

John was really in to Volkswagens and owned a Red beetle for several years which he later rolled with four of his friends on the El Monte off ramp from Hwy 280. Kids… So one day when I was really young, John took me out with his friends in the beetle to go hang out in one of the local parks probably in nearby Mtn View. I remember stopping at Kentucky Fried Chicken and eating lunch on the lawn while John and his friends played frisbee. Eventually we made our way back and I remember riding in the back seat with John’s friends. Although Los Altos wasn’t the symbol of affluence it is today, in the 70s it was beginning to head this direction. I remember there were a fair amount of elderly people in the town. John being an influential shit-disturber summoned his friends in the back seat to form my hand with my middle finger sticking up, and 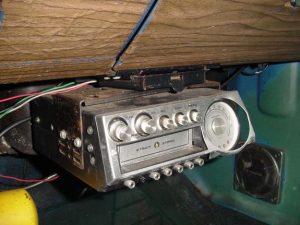 just as we pulled up along some elderly lady (probably driving a Buick on San Antonio Road), I was instructed to present my little bird out the window at this woman which I did proudly. My uncle made me promise not to tell my mom what they just taught me to do, I think I was about four or five years old. When we returned to the house, my mom and Grandma were practicing piano as they often did. As I came in the door bubbling with joy I walked up to the piano and said “Hey Grandma, look what Johnny taught me!”. And there I was, giving Grandma The Bird(tm). I seem to remember John getting escorted to another room by the two adults and subsequently getting a lecture. I do have to point out here that I had held my promise. 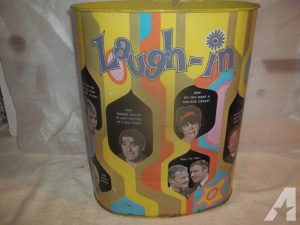 The family was really into music at a time when the preferred equipment changed rapidly. The house had a Reel to Reel tape deck, at least three 8-Track players, and eventually cassettes. John bought a Volkswagen van after the beetle, which had one of those 8-Track players bolted under the dash. I remember later John complaining about how fragile cassettes were, stating that his 8-Tracks had been subject to being soiled with beer, urine, and other fluids yet they continued to play without issue. John was a party animal most of his adult life and had a rowdy group of friends he would hang out with. I’m pretty sure John Belushi was his favorite actor. He was also an aficionado of Mad Magazine which I thought at times was ironic because in younger pictures of John I thought he resembled Alfred E. Neuman with his reddish hair and freckles. John and his brother Tom had bedrooms right next to each other. I’m not sure who came up with the idea, but both rooms had wallpaper they had made from magazines. They cut out pictures and advertisements and glued them together. I remember staring at the walls for hours seeing many prominent figures from the 70’s. On of them even had a waste basket that was themed after Rowan & Martin’s Laugh-In.

When my parents would go out for dates or on the rare vacation without me, I would stay at Grandma’s house. Being the 70’s there was always a television on playing re-runs. This is where I was exposed to Star Trek, Kung Fu, Gunsmoke, and M*A*S*H. We had a lot of fun sitting at the kitchen table playing games before dinner. My Grandma and Mom were viciously competitive at Double Solitaire, frantically pounding cards down on the table and making various noises when being stifled by the other. When my grandparents would go to bed, I’d stay up and watch TV with John. Back in those days, KTVU Channel 2 would alternate reruns of M*A*S*H and The Benny Hill show every six months. I likely shouldn’t have been watching the latter at that age, which wasn’t aired until 10 or 11 at night when I should have been in bed. I remember John would make us open faced cheese sandwiches with giant tomato slices on top for us to eat.

I’m sure I have a lot of other memories of John to share (and many I certainly won’t). We did spend many times together as adults after my mom passed away when I was 21. He had an offshore boat that we took out many times in the San Francisco Bay, Santa Cruz, and the Delta. My grandfather was an avid fisherman and that was passed down to all of us in the family. Sadly John passed away from a brain hemorrhage in 2014 just a year before my brother, both way too young. I am left of course with a treasure trove of outrageous stories to tell, those presenter here I hope you enjoyed reading.